At this time of the year, it is common to go for a walk by the fields full of olive trees and see them covered by thousands of little white flowers. This is the olive tree blossoming, a key stage for the development of the upcoming campaign.

It is dated between late April and mid-May. The process is variable depending on the geographical area where the olive tree grows, the variety, climate, and other factors.

What does blossoming consist on?

It is the beginnig of the olive’s life, where the sexual reproduction starts and the flowers await to be fertilized to become an olive in the coming months. The flowers form bunches of about 10 to 40 olives. The result is an extraordinarily beautiful landscape, full of life, and spread throughout May and June. These flowers are called trama o muestra.

The blossoming process lasts a week since the blossom starts opening until it finalizes, but it can be extended up to three weeks depending on when each of the flowers starts. It is in this moment when the flower can be pollinated by the pollen in the atmosphere, ending up fertilized. This pollen might come from anywhere, even sometimes having travelled hundreds of kilometers until landing on a flower.

The last step of the blossoming process is produced when the flowers lose their petals after being fertilized, producing the “fruit set” and beginning the birth of the fruit. From these fertilized flowers, only a 2-3% gets to become olives.

The blossoming process doesn’t follow a similar pattern every year, it variates depending on the tree’s development along the year. It will be affected by the floor characteristics, the temperatures, the water contributions, etc. 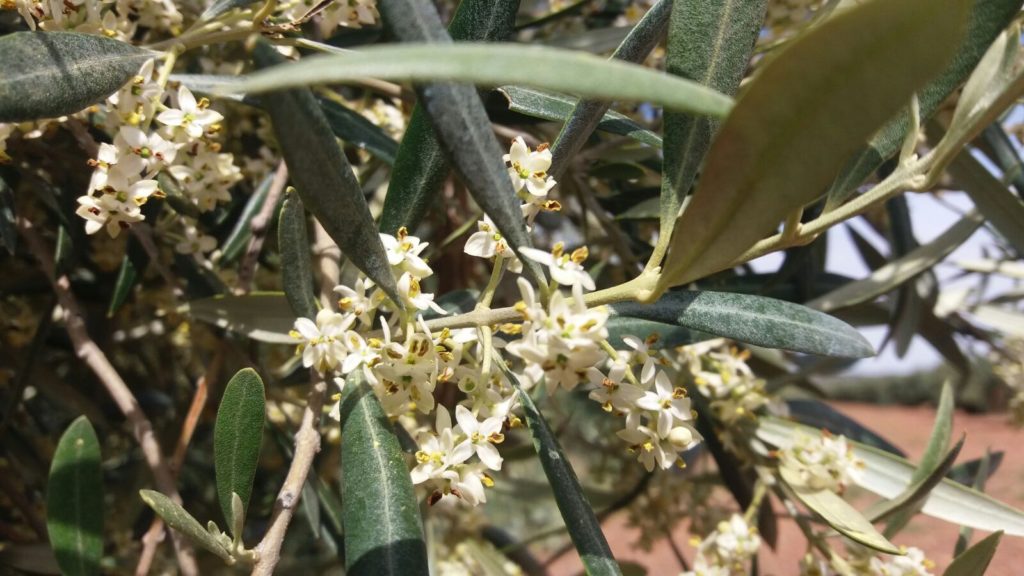 Currently we are involved in the blossoming process and it seems to be a good year. Nevertheless, we have to take into account that even if there have not been many frosts, there is a lack of rain, being below average. The temperatures and the fruit set are good, but it won’t be until June that we know the discards of the tree and be able to make forecasts for the upcoming campaign.