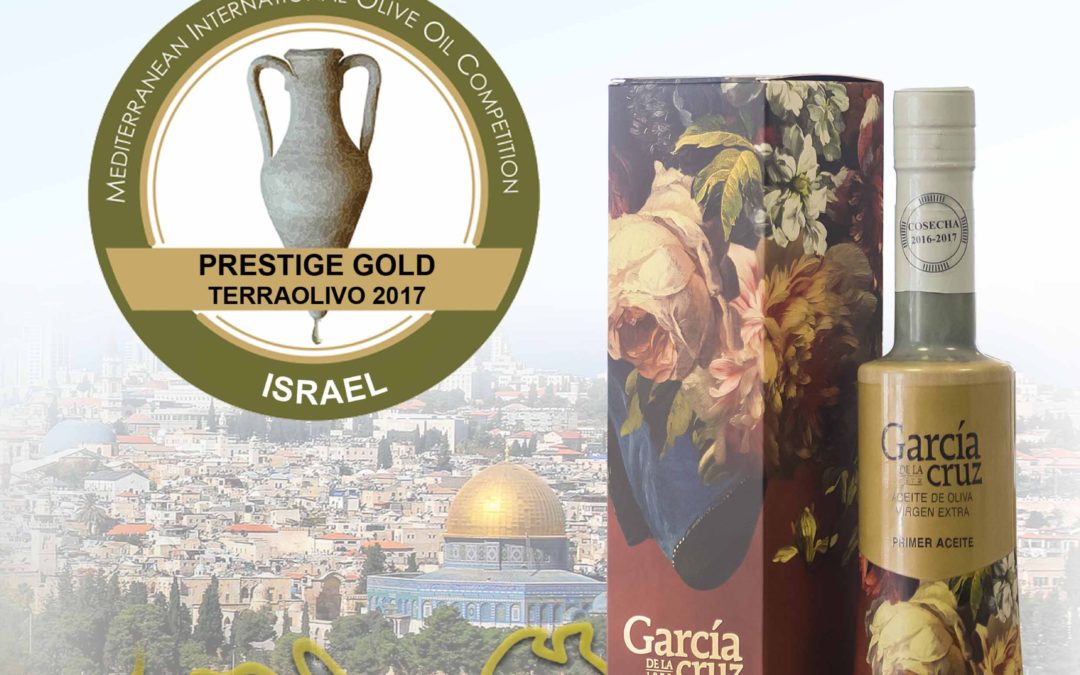 The Castilian mill García de la Cruz, located in Madridejos, Toledo has added a new prize to its 2017 collection of awards. This time, it has been the Jerusalem contest Terraolivo, where the Early Harvest the “Grand Prestige Gold”, one of the maximum awards of the contest.

Terraolivo is the most important contest for the oriental Mediterranean area and Asia, due to the huge amount of oils that are participating, coming from every corner of the world. In this occasion, there have been 632 samples from 20 different countries and 80 producing regions, consisting on more than 65 olive varietals.

This award reinforces the many other prizes received during this 2017 campaign, which is added to the recent gold medal in the NYIOOC, three Monde Selection awards and two special mentions in the Fiesta del Olivo de Mora and in the Salud y Deleite awards. 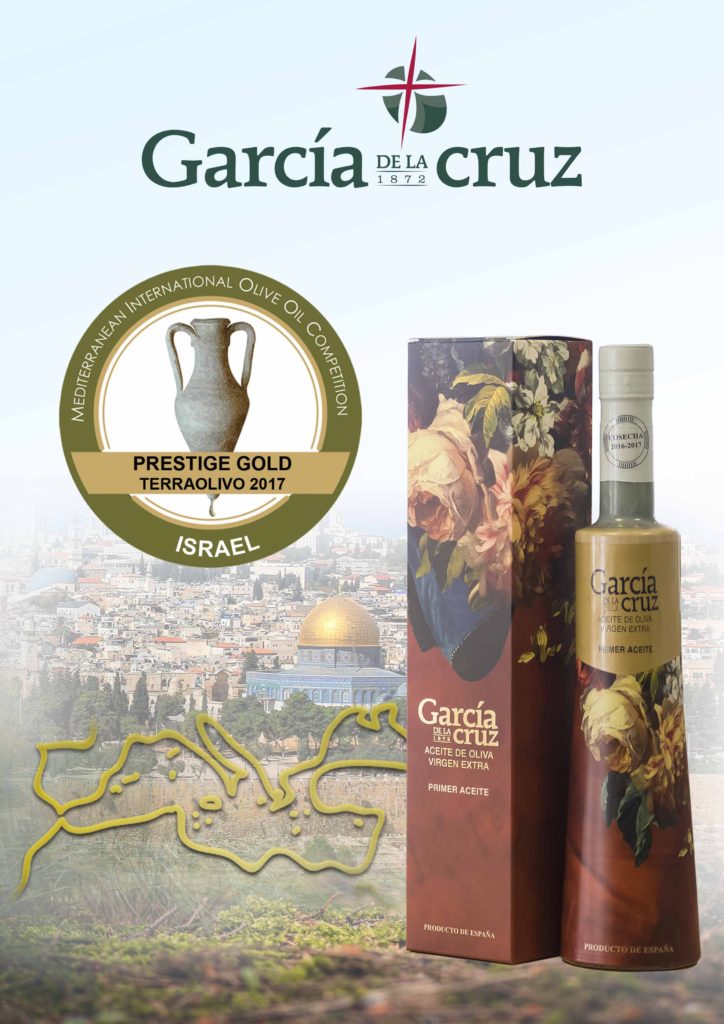 The Garcia de la Cruz family has planted and cared for its olives since 1872 it has devoted itself to the care of the juice obtained from them:  Extra Virgin Olive Oil. Five generations of olive professionals during 145 years of history have improved the quality of the oil. The company has grown from a small family business to one of the leading olive oil companies with greater presence abroad, being present in the 5 continents and in more than 40 countries. Garcia de la Cruz has the most important certifications internationally: IFS, BRC, ISO 14001, organic products in the European Union 834/2007, NOP-EEUU, JAS-Japan, Chinese Organic, HALAL, KOSHER, taking part of the Montes de Toledo D.O.P. All of them guarantee the excellent quality of this olive oil.