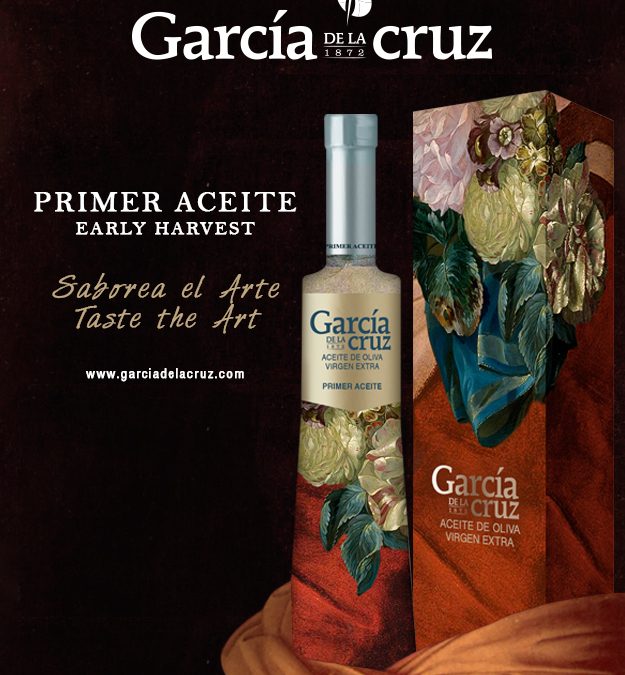 García de la Cruz has inaugurated a new olive harvest in a ceremony held in their own facilities. The regional President of Castilla La Mancha, Mr. Emiliano García-Page, was the exceptional guest. The ceremony was also attended by the Castilla-La Mancha Regional Government´s Secretary for Agriculture, Environment and Rural development Mr. Francisco Martinez Arroyo, the President of the Diputación of Toledo, Mr. Álvaro Gutiérrez Prieto and members of the leading national  associations of the olive oil industry.

García de la Cruz has presented its Early Harvest Olive Oil, a very high quality early harvest oil rich in aromas and nuances  which raise this product to a luxury oil. The new packaging of the product is presented with a totally renewed design in which  art has an important role to play merging literature and gastronomy.

Following a funny visit of D. Quixote and his loyal squire Sancho Panza, the turn for statements came. Mr. Fernando García de la Cruz, CEO of the company mentioned “the outstanding efforts made by the oil sector in recent years that have helped Spain to be able to demonstrate its leadership in the world´s largest markets”. He finalized with moving words of support for his partner and brother, Mr. Eusebio García de la Cruz, who has recently moved to New York to spearhead the management of the subsidiary recently established in USA.

The olives that were harvested four hours before were transported to the oil mill in a traditional way: a mule, a cart and large baskets, to pay homage to the traditional harvesting.

Authorities and Management visited the oil mill facilities completely renovated. A fully automatic stainless steel cleaning and washing system has been installed in the patio where olives are unloaded and cleaned. This system follows the highest quality standards required on the international stage, IFS and BRC. The manufacturing area has been extended grinding 350tn a day, that is 200tm more than before.

With this ceremony, García de la Cruz has started a new olive harvest which, according to forecasts, is expected to be  productive in Spain as according to the International oil Committee our country will produce 50% of the world output of olive oil.  Considering the consumption of the rest of producer countries, Spain will have 80% of oil available to export.